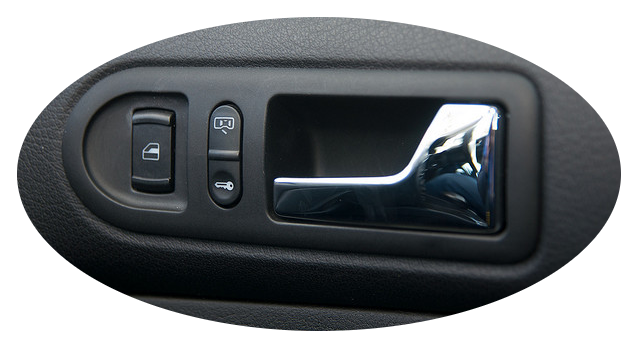 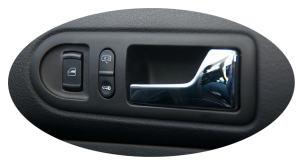 Self-awareness of the privilege I was born to has slowly widened. Ever more so in the past few years as brave humans I’m lucky to call friends share the harassment and discrimination they’ve experienced or continue to experience on a daily basis.

Perhaps you’re like me. I haven’t done much more than retweet, +1, like, or share posts that discuss the issues of male privilege or other inequality. Partly because I felt that, being a man (or white, or educated), I didn’t have the right to say anything – but mostly because of that inner voice that says “Hey, I’m not doing any of this messed up stuff, so all’s good, right?”

Well, last weekend a simple conversation with my wife opened my eyes to my male privilege wider than they’ve ever been before and connected some dots. Perhaps this will connect a couple for you as well. The conversation went like this (paraphrased):

Me: Cool – this car lets you change the lock settings so all of the doors unlock when shifting into park instead of just the driver’s door. We no longer have to hear people complain that they’re locked in when we park and their door handle doesn’t do anything!

Viv: Umm.. Well… My mom taught me to always keep the doors locked when I park until I can look around and know that it’s safe to get out of the car!

Viv: I guess you’ve never had to worry about that since you’re a guy.

Me: …huh, I never thought about it like that.

I’ve always known that the world is generally safer for straight men than women. But it never really sank in that the simple act of parking your car can have such a different perspective. For me, it’s just picking a spot close to where I wanna be, hopping out, and going about my business. For my wife (and I assume most women) it is a strategic calculation that takes into account the physical environment, time, weather, type of people (or lack of people) out and about as well as many other things I’d never think of.

That’s a lot of stress for something that happens multiple times a day. I cannot fathom how many other “simple” everyday events there are that have shaped my perspective. Or theirs.

I was born to privileges that I never realized as a child or a young man. Those benefits have compounded as this rock we live on circles (ellipses?) the sun each year. I am a (mostly) white, cis gender, heterosexual male with above average intelligence that grew up in a middle class household on the Southern California coastline.

I moved out of California 20 years ago and quickly learned that I hit many jackpots in the birth lottery. Some had obvious tangible benefits that were easy to spot. I knew about gender and racial inequality, but have come to realize that knowing and knowing are completely different things.

The benefits of being raised in a community that had pretty much every race, religion, and sexual orientation represented, as well as confident and strong women close to me, created some gaping blind spots. I now realize that my privileges have compounded as I grow older, in subtle ways that I didn’t realize until I started to really take stock and think about it.

My income, promotions, relationships, hobbies, and abilities have all been made possible by that lottery. Sure, plenty of bad things happen to me and I’ve had my share of tough times and struggles. But even my mixed heritage has helped.

I’m a quarter Cherokee and grew up hearing about the atrocities visited upon my father, aunts/uncles, grandmother, and generations of Native ancestors. I never fully appreciated how their suffering opened employment and educational opportunities for me. How being part of that minority actually gave me a leg up on the other privileged white guys.

Living for six years in Albuquerque, New Mexico and taking business trips around the country gave me a new appreciation for race and gender inequality. In Mississippi, I not only saw separate drinking fountains for whites and blacks, but was shocked that even though the signs are gone, I never saw people drinking from the “wrong” fountain – in a Government building no less!

I saw a woman (multi-millionaire partner of a big four accounting firm) patted on the head by an old white guy (that probably made $50 grand a year) when she made a poignant remark during a business meeting, and I once abruptly left the room when that same man started telling racist jokes.

Before leaving the room I seriously considered saying something or quitting, but I was a lowly contractor so I figured nothing would come of it. And besides, his minority co-workers didn’t seem to have a problem with it, so what right did I have to create a problem where I was the only one that acknowledged the issue? Isn’t self justification a magical thing?

That was the beginning of my journey to inequality enlightenment. I’m far from the end. I still make inappropriate jokes and ogle at boobies. I’ve never done so to demean  or devalue anybody, it’s just a lifetime of “being a guy”.

I’ve certainly made other mistakes in hindsight, and on many fronts. I am human with an ever-evolving sense of understanding, and I see now that I’ve been inappropriate with my speech and actions in the past.

I’m ashamed of that behavior even though I thought nothing of it at the time, nor did others call foul. In my mind those weren’t offensive since I had no malice. It was my misunderstanding of the impact of the power imbalances that have recently been getting much needed attention.

If I have ever frightened a woman by coming on too strong, or offended anybody with thoughtless remarks, I am deeply sorry. I know that ignorance is no excuse. To paraphrase a movie (though I can’t recall which), “I am not a great man, but I am better than that.”

I suppose all of this is a long way to say, if you feel the way I did before.. if you feel that none of this #YesAllWomen stuff applies to you — please talk to a woman or minority that you respect and get their perspective of a typical day to contrast with yours. I think you’ll be surprised.

Talk to your children about this stuff. Try and help them appreciate the advantages they were born to, and to recognize and stand up to inequality when they encounter it. I didn’t really get it until an innocent conversation about car features at the age of 43. Maybe the next generation will halve that.. and the next won’t have such inequalities to contend with.

I still have a long way to go. At least now the car is programmed to never unlock any of the doors when shifting to park.

Have you had an “Aha!” moment? What did it for you?

Note: This has been cross-posted to Medium as an experiment. Some people prefer commenting over there.

3 Replies to “My Inequality Aha! Moment”